The Namibia Informal Sector Organisation (NISO), in partnership with the Friedrich-Ebert-Stiftung (FES) Namibia Office, officially launched the Operational Guidelines for the Code of Conduct on the Namibia Informal Economy, Tuesday, 22 November 2022, at Hotel Thuringerhof in Windhoek. 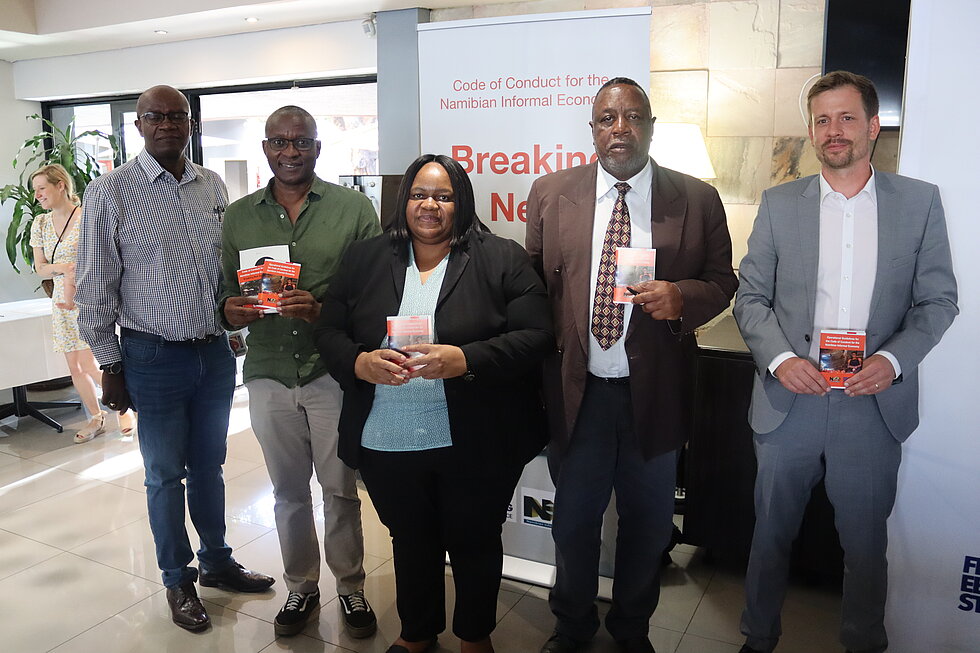 The Operational Guidelines will serve as a blueprint to implement the Code of Conduct for the Namibian Informal Economy: Breaking New Grounds. The Guidelines were crafted through a consultative process of social dialogue. They reflect the convergence of the interests of social partners operating in the informal economy. The Guidelines seek to harmonise the relationship between the informal sector and government authorities and to play a catalyst role in Namibia's transition to formality.

The Operational Guidelines are anchored on five pillars:

* Recognition of the informal sector’s contribution to the economy

* The institutionalisation of alternative dispute resolution mechanisms to ensure that justice is made more accessible to informal economy operators (for instance speedier, cheaper and more flexible).

The Guidelines advocate for the establishment of new institutions. For instance, confiscation tribunals could ensure that the impoundment and confiscation of goods are done under the dictates of administrative justice. Wrongful or unjustly confiscated goods could be restituted and compensated through these tribunals. The Guidelines also call for an Informal Economy Ombudsman- and to estabish Informal Economy Forums at the national, regional, and local authority levels to spearhead transitioning of the informal economy at the respective jurisdictions. These forums will ensure that women, youth, and people with disabilities are fairly represented.

The booklet was officially launched by the Minister of Industrialisation and Trade, Hon. Lucia Iipumbu. The minister reiterated her ministry’s commitment to improving the working conditions of the informal economy. She stated that informal trading remains a critical part of Namibia’s economic activities, yet it is one of the most vulnerable sectors due to operational instability and unstable support. She said, “This sector is a major source of employment and livelihood for many Namibians, most of whom are women. Furthermore, it is important to identify the gaps with the aim of facilitating the transition of the informal sector into the mainstream economy.”

The Friedrich-Ebert-Stiftung (FES) is a non-profit German foundation funded by the Government of the Federal Republic of Germany, and headquartered in Bonn and Berlin. It was founded in 1925 and is named after Germany's first democratically elected President, Friedrich Ebert. FES is committed to the advancement of both socio-political and economic development in the spirit of social democracy, through civic education, research, and international cooperation. Friedrich-Ebert-Stiftung is the oldest political foundation in Germany.

This site uses third-party website tracking technologies to provide and continually improve our services, and to display advertisements according to users' interests. I agree and may revoke or change my consent at any time with effect for the future.